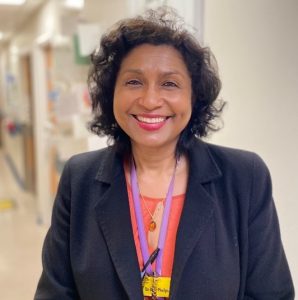 As a consultant geriatrician, I am often at the front door of the hospital, reviewing older, often frail older people who present to AED with a variety of complaints. These often involve confusion, reduced mobility, falls, unexplained weight loss or failing to manage at home.

Although these complaints should prompt us to consider frailty and be more inquisitive about the wider problems these patients present with, I usually find that antibiotics have been started for a “presumed” infection. There also seems to be a predilection for IV versus oral antibiotics and a feeling that longer courses are better than shorter ones.

I worry that we are not using our clinical skills better. Examination of the patient should help us identify any signs of sepsis, in which case, it would be appropriate to initiate empirical antibiotics until we can identify the source of infection. However, if there are no clinical signs of sepsis, the inflammatory markers are not particularly elevated and there are other possible causes for the presenting symptoms, we should be more circumspect with our antibiotic usage.

Regarding the latter point, remember that indwelling catheters are more common in the elderly, as well as urinary incontinence, poor fluid intake and constipation, all of which can lead to infections but can also be confounding factors when testing for it. That is why in BHT we have banned urine dipsticks in >65s and the guidelines advice not to treat asymptomatic bacteriurias.

In the elderly, many factors conspire to increase the risk of adverse side effects of all treatments, including antibiotics. Often, these patients take PPIs, which inhibit gastric acidity and increase the risk of Clostridium difficile diarrhoea. They have a low threshold for developing delirium, making the use of IV cannulas and getting blood tests more challenging, both for the patient and for the doctors and nurses. Additionally, longer courses of antibiotics usually prolong the length of stay in hospitals, leading to deconditioning and functional loss.

I have seen many patients coming to hospital for what eventually we realise was their final few weeks or months. They are weak, not eating or drinking, and of course, at higher risk of infection. If we fail to recognise the underlying situation and only focus on the numbers, we end up putting them through endless, futile courses of antibiotics, which do not alter the final outcome. And in the process these patients do not receive the care they deserve at the end of their lives.

I recently dealt with a case like this (they are actually very common): an elderly gentleman who lived with his son (main carer), was admitted to hospital because he was not eating or drinking and was getting more confused. He was immediately started on antibiotics for a chest infection. During his lengthy hospital stay it became clear that he had had dementia for some time but this had not been diagnosed. His clinical picture was that of end stage dementia, when the person loses the drive to eat or drink and is approaching the end of their natural life. His swallow deteriorated and he was treated for recurrent aspirations. He stopped mobilising and became bed-bound. The doctors kept checking his bloods and treating the aspirations again and again, but it became clear that they were losing the battle. I was asked to review him to give a geriatrician’s opinion on how to manage him.

When I met him, he was not able to converse. He spent most of the day sleeping, ate very little and drank even less. He had lost a significant amount of weight in hospital and in spite of the many courses of antibiotics, the nursing staff was clear he was deteriorating and likely dying. The outcome of my review was to stop all antibiotics, as they were not addressing the underlying cause of the infections (advanced dementia) and they were, in this case, only prolonging the patient’s suffering.

We communicated with his family and initiated End of Life care. He died peacefully shortly afterwards.

I could have given you examples of patients who have developed antibiotic-associated diarrhoea or had allergic or adverse reactions to the antimicrobials. However, I think the problem is a bit more complex than just this. We need to consider that infection/sepsis is not the only problem patients come to hospital with and it may not even be the worse one.

In my clinical practice, I always think carefully before starting antibiotics, and only do so if there is clear evidence of a bacterial infection. If antibiotics have been prescribed overnight, before sending cultures and other tests, I usually establish a 24-48h review mark. If by then no confirmation have come of an infection, I stop antibiotics then, not feeling obliged to complete 3, 5, 7 or more days. The only time when I follow longer antibiotic courses is in confirmed infection (with microbiological evidence), in which case we are able to narrow the antibiotics to the sensitivity data. I also review the patient’s drug chart, holding PPIs or any other interacting drugs which could lead to adverse effects. Whenever in doubt, I consult the friendly ward pharmacist, who is a great asset to the clinician.